Difference between revisions of "James Cameron"

From Learn Na'vi Wiki
Jump to navigation Jump to search 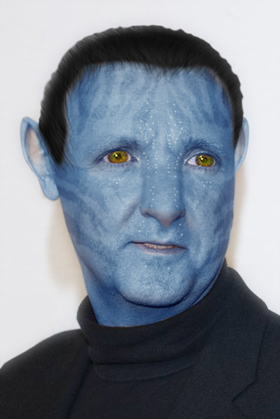 James Cameron is the writer and director of the movie Avatar. In making plans for the movie, he decided that the alien race would speak a "real" language rather than just alien-sounding gibberish. He hired Paul Frommer, a linguist from the University of Southern California (USC) to create that language, which we now know as Na'vi.

Cameron chose among three different alien language sample sounds presented to him by Frommer, deciding that the language using ejectives sounded the best. Cameron also provided Frommer with thirty names and words he had already written into the script; Frommer incorporated those "proto-Na'vi" words into the complete language as he developed it.

Cameron has said that he wants Na'vi to "out-Klingon Klingon."[1]

(To Do: Mine interviews and articles listed at Resources for other interesting and relevant information to go here)

(Note: James Cameron's Wikipedia page has general biographical information; this page is for information specifically of interest to people learning the Na'vi language, information which may not be relevant or appropriate for Wikipedia.)